Digital analysis of radiograms in traumatology and orthopedics

DIGITAL ANALYSIS OF RADIOGRAMS IN TRAUMATOLOGY AND ORTHOPEDICS

The tasks of digital analysis of radiographs:

• Achieving optimal visibility of the picture

The purpose of the study:

• Possibility to observe the dynamics of changes in the studied parameters

• Document the results of the study

METHODS OF DIGITAL ANALYSIS OF RADIOGRAMS IN TRAUMATOLOGY AND ORTHOPEDICS:

The essence of the color contrasting method consists in converting a black-and-white image of a radiograph into a color image based on features that reflect certain properties of the image, in this case, its optical density (brightness).

The advantage of using color contrasting lies in the creation of an additional information feature that makes it possible to objectify the process of interpreting an image due to the fact that the human eye distinguishes more colors than shades of any one color, which occurs on a radiograph.

Construction of the optical relief of the X-ray image

The essence of the method for constructing the optical relief of an x-ray image is to obtain a 3D image of a relief surface in which the height of each section is a function of the brightness (density) of the original image at a given point, in parallel, it is possible to obtain quantitative data on the selected fragments with their subsequent processing by methods of mathematical statistics.

QUANTITATIVE DATA OF STUDY RESULTS AND THE MEANS OF THEIR REPRESENTATION

Statistical indicators of the results obtained

VARIANTS OF THE COURSE OF REPARATIVE OSTEOGENESIS

• Multifragmented nature of the osteotomy

• Hypersthenic body type in a patient

• Features of the individual reaction of the body to skeletal injury

• Young age of the patient

• Preservation of the integrity of the periosteum during osteotomy or its detachment over a considerable extent with the organization of a hematoma under its surface.

Clinical and radiological signs of the hyperplastic form of the regenerate

• The structure of the regenerate is homogeneous

• Patient with a slender physique

• Non-pathic and dystrophic processes in the elongated limb

• Features of the individual reaction of the body to skeletal injury

Clinical and radiological signs of the hypoplastic form of the regenerate

• Heterogeneous structure of the regenerate

• The presence of areas of narrowing of the regenerate

SIGNS OF FORMATION OF DYSTROPHIC PHENOMENA IN THE HYPOPLASTIC DISTRACTION REGENERATE

Signs of the formation of dystrophic phenomena in the distraction regenerate

• Its optical density remains the same or decreases.

• The ratio of mineralized structures is in sharp contrast

THE MAIN VALUE OF THIS STUDY

• Ability to compare indicators in dynamics

• Possibility to document the research result

• Ability to present the received data in the form of tables, graphs, charts 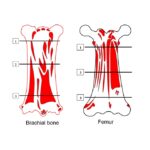 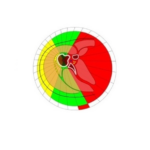 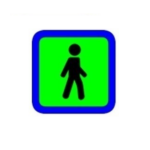